Imputing income to a party who is voluntarily unemployed, underemployed or employed on a less than full-time basis can be a complex task. 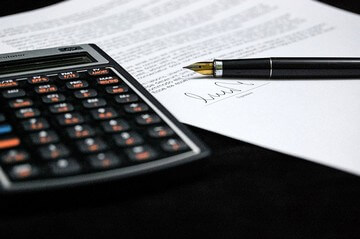 Clients often wonder how child support can be calculated if one party is working less than full-time or earning less than they are capable of. Minnesota State Law allows the court to calculate a party’s potential income.1

The court must first determine whether a party is voluntarily unemployed, underemployed or employed on a less than full-time basis. A party is not considered to fall into any of these categories if the party can show one of the following:

If the court determines that a party is voluntarily unemployed, underemployed or employed on a less than full-time basis, or, if there is no direct evidence of any income for a party, child support will be calculated based on a determination of that parent’s potential income.

The court has three options for calculating a party’s potential income:

Once the court has determined the potential income of a party, they can move on with the process of calculating child support.

If you face a spouse who is not paying what you believe they should or if you are paying child support and believe your situation merits a lower calculation, please, contact us today to schedule your free consultation. I have extensive experience in working on both sides of cases involving child support and can make sure you receive just treatment. You can call us at 651-647-0087 or reach out via our online contact form.

How is Child Support Calculated in Minnesota?

When calculating child support in Minnesota, the court will always start by applying the Minnesota.
Read More

Income and Child Support in Minnesota: What You Need to Know

Which Parent Gets to Claim the Tax Dependency Exemption in Minnesota?

When two parents are not married, it is sometimes unclear who will receive the income.
Read More

Before diving into the heart of this, it is important to understand how a monthly.
Read More

You need to know if retroactive child support will apply to your case in MinnesotaLitigation.
Read More

Does the Amount of Time I Spend With My Child Affect My Child Support?

A child support modification might be easier than you think. Most parents will agree that.
Read More

Does Less Work Mean Less Child Support? Not so Fast

Full Payment for Child Support is Not So Easily Shirked in Minnesota The answer is,.
Read More

What is a Child Support Magistrate in Minnesota?

If you receive a notice of a hearing related to child support in Minnesota, you.
Read More

What can the Court in Minnesota Order Me to Pay for Child Support of a Minor Child?

When a Minnesotan Court calculates a child support obligation, it is typically more than a.
Read More

Does My Overtime Income Count for Calculating Child Support?

Many people wonder whether their overtime income will be considered in determining what their child.
Read More

Is there a limit to how much child support I must pay?

There is a limit or presumptive “cap” on how much child support a parent can.
Read More