Getting an Uncontested Divorce in Minnesota

by Clausen & Hassan  |   June 24, 2015
Child Custody and Keeping Your Children in Minnesota

If My Spouse and I Agree To an Uncontested Divorce, Do We Still Have To Go To Court? 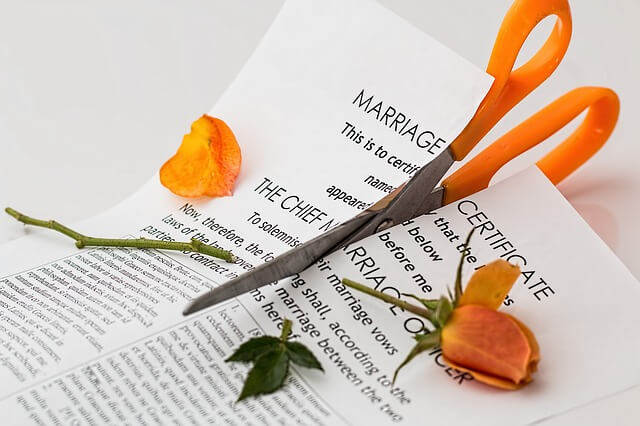 The answer is “yes”… sort of. If you and your spouse can come to an agreement on the terms, such an uncontested divorce can spare you the expense, time commitment, and emotional conflict so common in a contested divorce. In Minnesota, a decree of dissolution (a divorce) is granted only by a county or district court.1. This means that a divorce can only be granted by going to the courthouse and getting a judge to grant that divorce.  However, there are several ways of getting a judge to issue the divorce; which sometimes does not even require a trip to the courthouse.

Already have an agreement? Present it to a judge.

If a husband and wife have a complete agreement to dissolve the terms of their marriage, there is a good chance the court will accept that agreement and grant the divorce.  A district court has the discretion to accept the terms of an agreement, including divorce agreements. However, to be acceptable to a court, the agreement cannot be contrary to the interests of the parties, and cannot be contrary to public policy.  In the case of a divorce, that normally means:

There are other factors too, but, if the above conditions are present, an agreement between a husband and wife to dissolve the terms of their marriage will be considered by the court to be a binding contact and once accepted by a court, a party cannot later repudiate or withdraw from that agreement.  The agreement, once approved by the court, is final, binding and enforceable by law. An uncontested divorce is final. But, how does an agreement approved by the court?

In order to get the court to accept a divorce agreement, the wife and husband normally must present their agreement to the court in writing, at a formal hearing where both husband and wife appear before a judge. After taking an oath to speak honestly, they explain what the terms of their agreement are. The judge then decides whether to accept the agreement or not.  Once accepted, a decree of dissolution is granted and the divorce is final.

Isn’t there an easier way?

It does not always have to be this formal.  There are some few instances in which a husband and wife can submit their divorce agreement to the court, without the need to make an appearance before a judge. In those cases the judge simply reviews the parties’ signed agreement in his office, and, if approved by the judge, a decree of dissolution is issued to the parties by mail, without anyone ever seeing the inside of a courtroom.

Generally, the divorces that do not require a trip to the courthouse are those where there is complete agreement between the parties, and:

The requirements of an uncontested divorce in Minnesota can be more complicated than it appears. If you are wondering whether your divorce is one that can be completed without having to make a court appearance, or if you have other questions about the divorce process at all, please call our Minnesota Divorce Attorneys anytime at 651-647-0087 or reach out via our online contact form.

How Does an Affair Affect Divorce in Minnesota?

fMinnesota is a “no fault” state when it comes to divorce. This means that neither.
Read More

Can One Parent Be Obligated to Pay for College Expenses for Emancipated Children?

With the rise in college tuition expenses and student loan debt, many parents have discussed.
Read More

Where Does Your Family Pet Fit Under Minnesota Family Law?

A pet is considered a member of the family to many people. Although Minnesota family.
Read More

What is a “Void” Marriage in Minnesota?

Under Minnesota Law, there are some marriages that are prohibited and, therefore, automatically void.  In.
Read More

We Reached An Agreement And I Signed My Minnesota Divorce Decree So, I Am Divorced, Right?

The short answer is that no, the signing of your divorce decree does not mean.
Read More

I’m Getting Divorced in Minnesota, Who Should Move Out? Me or My Spouse?

There is not one right answer to the question of who should move out of.
Read More

The Schmitz Formula in a Minnesota Divorce Proceeding

If you used non-marital funds to purchase real property, you may need to apply the.
Read More

Is a Stipulated Divorce Decree a Binding Contract?