by Brian J. Clausen  |   May 25, 2015
When Should I Consider Requesting Emergency or Expedited Relief in Minnesota?

“I bought my home a few years prior to marriage. We are divorcing in Minnesota after eight years, and only my name is on the title. Does that effect the equity claim?” 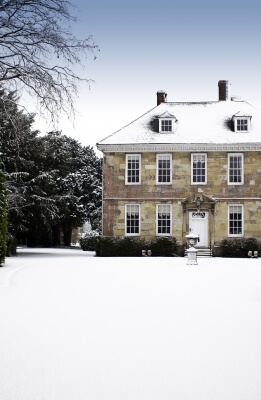 I get asked by people who are involved in a divorce, whether the assets they owned before their marriage can be claimed by their spouse as ‘marital property’ or whether the assets are ‘untouchable’ because they are ‘non-marital’.  To complicate matters even further, what if the asset increased in value during the marriage? Does that increase in value become marital property?  And to complicate matters even more, what if the increase in value resulted from contributions or efforts made by the spouse?  Can your spouse them make a claim that the asset is now completely marital property because he/she helped increase the value of the asset?

Thankfully, Minnesota law is not that complicated in explaining the difference between a marital asset (which a divorce Court has authority to divide between spouses) and a non-marital asset (which a Court generally does not have the authority to divide).  In Minnesota, a divorce court is required by law to assume that everything that a married person owns is also owned by that person’s spouse.  This means that the burden of proving that the asset is ‘non-marital’ is totally on the spouse who wants the court to consider the asset to be ‘non-marital’.  Here are some examples of things that a court will consider to be untouchable or ‘non-marital’

So, even though you might have a car (or a house) that is titled solely in your name, if you are married and getting divorced, a Minnesota court will assume that your house and car are also the property of your spouse UNLESS you can prove that one of the exceptions provided above applies.  But, what about the asset increasing in value because your spouse contributed to the increase?  What if your spouse helped you pay down the mortgage on your house so that you have more equity than you did before getting married?  What if your spouse helped pay for a deck or a new roof on the house that increased its value?

There are some assets that we own, such as a house, that are usually tied down with an encumbrance or lien, such as a home mortgage. The question then becomes, how do we measure an increase in value of a non-marital share (the equity you have in the home at the time of marriage) while still measuring any increase in value that occurred because of the marriage (your and your spouse’s contributions to the mortgage payments)? Does it complicate matters because the divorce court has to consider the mortgage too when determining the non-marital and marital values?  The answer is ‘no’, not really.

The Minnesota Supreme Court in Schmitz v. Schmitz—309 N.W.2d 748 (Minn. 1981) applied a formula similar to one used by the Kansas Supreme Court, in figuring out how to give credit to an increase in value of a non-marital interest in the house, while still acknowledging that there was a marital interest in the house, because of the mortgage being paid down by the parties during the marriage.

As an illustration, consider that a couple is going through a divorce, and they own a home which the wife purchased before marriage.  The couple wants to know how much of the house, if any, is marital, and how much of it is non-marital.  Say the house was worth $100,000 at the time of the marriage, and, there was a $90,000 mortgage against it at the time of marriage.  At the time of the divorce, the home has doubled in value, and, the mortgage balance is now down to $30,000.  According to Schmitz we should be determine the non-marital interest as follows:

The moral of the story is, the non-marital equity increases according to the increase in the asset’s (in this case the home’s market value).  If there are questions about a non-marital asset or interest that you may have and that you wish to ensure that it is not included in an award to your spouse, or, if you are concerned that your spouse is telling you that you have no interest in an asset because it is non-marital, please feel free to contact me today at 651-647-0087 or reach out via our online contact form for a free consultation. I look forward to hearing from you.

Is Minnesota a Community Property State?

A community property state is a state in which the law provides that all marital.
Read More

What is a Property Equalizer?

Under Minnesota law, property division is based on a just and equitable division of assets.
Read More

Many individuals become so focused on short-term goals and finalizing their divorce, that they may.
Read More

Understanding the Implications of Dividing Retirement Assets in a Minnesota Divorce

For many divorcing couples in Minnesota, retirement assets represent the most valuable assets owned by.
Read More

Can A Financial Expert Be Beneficial for My Minnesota Divorce?

Even if you think that your estate is relatively straightforward, your divorce proceeding could likely.
Read More

How Owning A Business Impacts Your Minnesota Divorce

Property is divided in a Minnesota divorce proceeding based on a ‘just and equitable’ division.
Read More

Protecting Non-Marital Claims Sooner Rather Than Later in Minnesota

If you have a non-marital claim, there are steps you can take early on to.
Read More

Property Division: Anniversary Rings and Upgrades Made During Marriage

In Minnesota, generally the spouse who was given an engagement ring will be awarded the.
Read More

Divorce in Minnesota: “Am I Entitled to My Spouse’s Inheritance?”

If your spouse receives an inheritance before or during your marriage, you may be wondering.
Read More