by Farhan  |   March 31, 2015
I Got Served With Divorce Papers In Minnesota And My Spouse Emptied All Of Our Accounts. 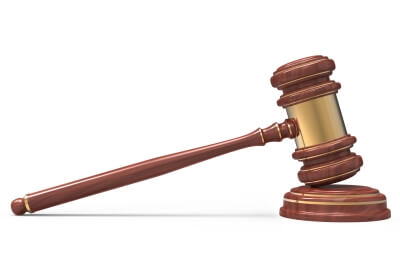 Temporary Hearings are becoming less and less common than they were in the past, with the requirement now in most Counties to attend an Initial Case Management Conference as the first Court appearance.

If you face a contested divorce

Contested issues are typically not allowed to be heard at the Initial Case Conference. Instead it is an opportunity to talk to a judicial officer about scheduling matters in the case, whether the parties are open to alternative dispute resolution—such as Social Early Neutral Evaluation, Financial Early Neutral Evaluation, or Mediation—and to pick the persons who will conduct the alternative dispute resolution.

Courts will not allow a contested hearing, like a temporary hearing, to be heard until alternative dispute resolution is completed or the parties opt out of the alternative dispute resolution process. A contested divorce matter can take numerous months to complete and during that time there is often a need for temporary child support, temporary custody and parenting time, temporary spousal maintenance, a request that one of the parties leaves/be excluded from the home, and further temporary relief that will last until the divorce is completed.

A Temporary Order will do just that, it will allow temporary relief on issues such as these based on the Court’s temporary determinations. The Statute relative to temporary hearings mentions that the order for a temporary hearing cannot be used to prejudice a party in a later proceeding. Although this is what the Statute says, my experience oftentimes the same judge who issues the temporary hearing is also the judge who would hear a final trial.

Will a Temporary Order work for me?

The determination of whether or not you need a temporary hearing is often looked at on a case by case basis. Temporary hearings are very expensive, as they oftentimes involve several Affidavits, a motion, and will typically require a court hearing where the attorneys argue the issues before the judicial officer assigned to the case.

Thousands of dollars are spent on these hearings and it is often a good idea to have a conversation with your attorney before you go down this path, especially if the only issues being presented at the temporary hearing are financial in nature. For instance, if your divorce lasts six months and you receive a total of $500 in child support and spousal maintenance, over six months, you will receive $3,000.

However, if you pay your attorney $5,000 or more to prepare for and attend a temporary hearing, the end result is that you have lost money. These hearings should be carefully considered before scheduled.

If you have questions about how to get a temporary hearing or are facing one yourself, the family law attorneys at Clausen & Hassan can help. We offer free consultations, so don’t hesitate to contact us today. You can call our office at 651-647-0087 or reach out via our online contact form. I look forward to hearing from you.