Proceeding With A Default Divorce In Minnesota

by Farhan  |   March 24, 2015
I Am Going Through A Divorce In Minnesota, Should I Stop Contributing To My 401K Plan Or Retirement Account? 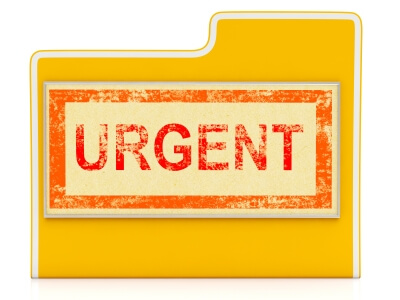 In Minnesota, a divorce can be granted as a default matter (meaning nothing is disputed and the divorce is granted based on the request of one party) in several different circumstances, including:

When a party is in default, a court will usually grant to the petitioning party (the one who is asking for the divorce) whatever relief was requested in the Petition, whether that relief be the divorce, possession of property, or custody of children, or anything else that a court has jurisdiction to award in a divorce case.

It is therefore vital when receiving a Summons and Petition, to respond to that request, as instructed in the papers that you are being served with (usually by serving the other party with a formal response to the Petition, called an ‘Answer’). It is also very important that any notices received from court or an opposing party of court appearances are strictly adhered to, lest a party be found in default and have relief granted against him/her.

In some cases, where minor children are not involved, and sufficient time (fifty days) has passed since the time of service of the Summons and Petition for Dissolution of Marriage, a court can grant a divorce to a requesting party, without any court appearances made at all! However where minor children are included, or, where a party has made some court appearances, or submitted some response to a Summons just not sufficient to address any of the issues raised by the party seeking the divorce, a default hearing is generally needed before a court will grant the divorce without the opposing party having any say in the matter.

However, so as to avoid the harsh remedy of having a court grant relief against you without you having any say in the matter, responding to a Summons or notice(s) received from a spouse or opposing party in a Family Court proceeding, is vital to protecting your interests. The legal counsel of an experienced family law attorney can help. The attorneys of Clausen & Hassan give their all to ensure that your interests are protected.

Please, contact us today to schedule your free consultation. You can call us at 651-647-0087 or reach out via our online contact form. I look forward to hearing from you.